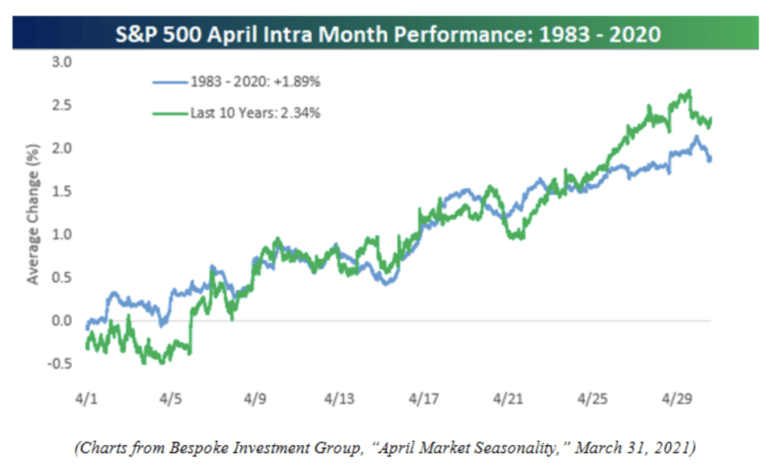 In his Daily Market Notes report to investors, while commenting on the 10-year Treasury rates, Louis Navellier wrote:

The tone of trading in March was that the U.S. stock market tolerated the rise in long-term interest rates as long as it was not disorderly or too quick. The 10-year Treasury rate traded all the way up to 1.77% last week, and we may very well surpass that level this week as investors take time to react to the jobs data.

On the present trajectory, we are on track to surpass 2% in 2Q’21. From a historical perspective, the Fed decided to peg the 10-year Treasury at 2.5% or lower in the 1940s to facilitate the war effort, which in effect meant facilitating deficit spending that otherwise the bond market could not stomach on its own.

The 10-year U.S. Treasury yield has been declining since 1981. Any interest rate spikes that become disruptive to the pending economic recovery may cause President Biden to suffer the fate of Barack Obama, who lost Democratic control of the House in 2010 and the Senate in 2014. Without the now-razor-thin control of the Senate and House, President Biden will have a very hard time governing in 2023. Having been a Senator himself, this must surely be on his mind as he rolls out his policy agenda.

April has historically been one of the stock market's strongest.  Since 1983, April’s gains have been steady (blue line, below), but for the last 10 years (green line), there has been an early dip first, then a mid-month plateau, with most gains coming in the last 8-to-10 days of April. In the last 10 years, Bespoke says, April has risen nine of 10 times, with average gains of +2.34%. 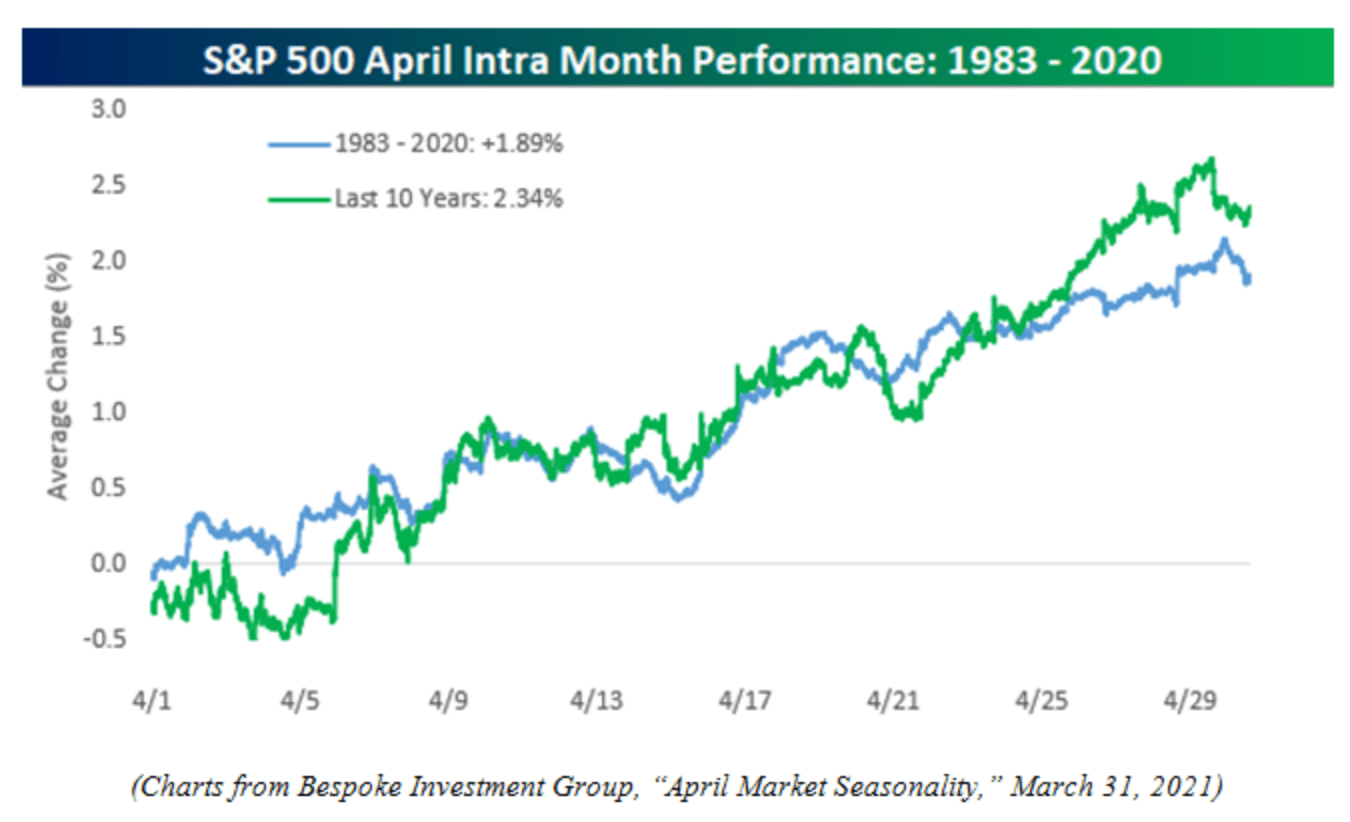 Looking beyond April, the old saw says, “Sell in May and Go Away,” but that rule hasn’t held true in recent years, and it should ring especially hollow this year, as we emerge from the Covid-19 lockdown.

Economists now estimate that the U.S. economy could grow by 6% to as much as 7% this year, fueled by a massive fiscal stimulus and rollout of vaccines that are expected to get the pandemic under control. That would be the fastest growth rate since 1984, during Reagan’s “Morning in America” re-election campaign vs. Walter Mondale. This is no impossible dream, when you consider that a 7% gain would be a rebound from last year’s 3.5% contraction – the worst year since the 11.6% decline in GDP in 1946 after WWII.

An unprecedented amount of liquidity has entered the economic system in the last year. According to the Peter G. Peterson Foundation, the total Covid-19 relief from government programs is $5.3 trillion so far.

IMF upgrades forecast for 2021 global growth to a record 6% . . . It's an easy comparison to such a weak year as 2020 was thanks to the pandemic.  It still appears to be primarily a consumer surge as slow business travel and work from issues evolve.

Both Value & Growth names are setting new highs at same time . . . We appear to be in the middle of a market melt up.  It will take upward earnings revisions to keep it going.